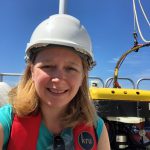 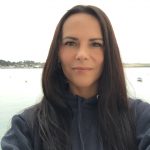 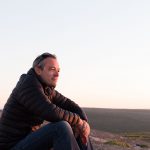 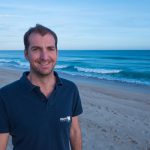 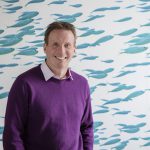 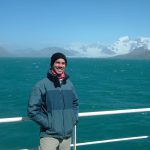 Internal waves are particularly important over sloping sea beds where they resuspend material such as coral larvae, generate turbulent currents that cause fish to school, and drive cold water upwards, reducing water temperatures towards the surface.

Our research aims to use an interdisciplinary approach, by combining biology and physics, to understand how internal waves drives ecosystem variability.

Our oceans are not at rest, water movements caused by physical processes dictate how animals interact with the marine environment. For instance, an energetic current generated by water colliding with a seamount can greatly influence the survival of animals as well as predator and prey interactions. Currents can also re-suspend small particles, including plankton, at the seabed and transport them to other remote locations. This process is crucial as it allows an often vital input of nutrient from nutrient rich waters to nutrient poor waters. Moreover, failing to understand the intricate links between physical and biological processes can lead us to see our understanding of ecosystem functioning as overly simplified or false. An approach that directly combines biology and physics is needed for us to have an accurate representation of how the marine environment really functions and how animals interact within it.

Various sets of data are needed to accomplish this task and thus, a number of research expeditions must be conducted in the British Indian Ocean Territory over several years. The deployment of moored oceanographic instrumentation will provide data on the evolution of internal waves and the associated resuspension and transport mechanisms involved. It may also explain why animal aggregation occurs over underwater slopes. Moreover, ship-based oceanographic instrumentation will be deployed and measure changes in water properties, currents, prey fields, phytoplankton growth and zooplankton distribution. Alongside which we will use multibeam acoustic surveys  to map the bathymetry of the area, as it is responsible for the generation and breaking of internal waves, and to map prey fields over underwater slopes.

The movement and behavior of large filter feeding animals can also shed light on how currents transporting small particles influence them. For now, we know reef manta rays aggregate in discrete locations. In BIOT, Egmont Atoll appears to be a particular hotspot but we don’t yet know what conditions are required to draw the mantas in at a given time. Accordingly, the tagging of manta rays enables us to track the animal’s movement and behavior allowing a better understanding of how this magnificent species uses the MPA. Additionally, biopsy samples of manta rays are collected to provide information on their dietary preferences and trophodynamics. These data will improve our ecological understanding of the species and help us identifying any influences of their movement behavior.

The role played by internal waves throughout BIOT represents a fundamental paradigm-shift in our understanding of how oceanography drives changes in marine biology over seamounts and atolls. 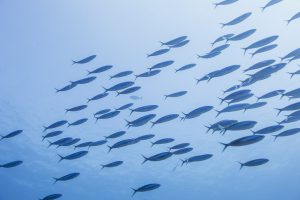 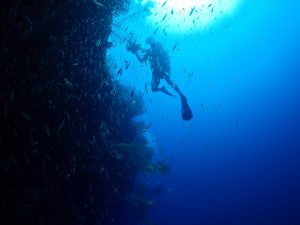 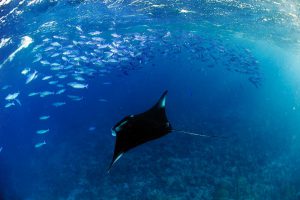 70km
is the length of the daily migration of reef mantas