“Action is the antidote to despair,” says international expert and advocate for marine protection 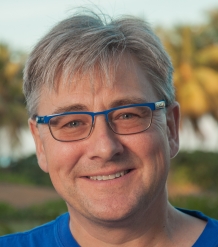 You and your team designed a network of MPAs in the North Atlantic that were established in 2010. What did you consider when you were developing the design?

Our research underpinned the creation of four huge MPAs in the North Atlantic, covering half a million square kilometres – the first network of MPAs to be established in the international waters of the high seas.

In recommending sites for protection, we were particularly keen to ensure that the richest and most vulnerable ecosystems were included, and that the network represented the range of biodiversity found in open ocean and the seabed habitats of the region.

Some MPAs, like the ones your team designed, have been in existance for several years now. What benefits have they brought to marine life?

Most of the area covered by these MPAs is protected from fishing and hunting – activities which have had the most significant impacts on the region to date – so this is a big win for conservation.

But other threats remain, like deep sea mining. The International Seabed Authority does not consider these protected areas to be off limits to mining and has already licensed exploration around seamounts (underwater mountains) and hydrothermal vents in other parts of the mid-Atlantic.

What are the benefits of expanding MPAs?

For the last 16 years, the international community has pursued a target of protecting 10% of the ocean by 2020. Unfortunately, not enough of this space has been given enough protection to make a real difference to the marine life living there.

We know that species and habitats rebound quickly and thrive given high levels of protection from extractive use. The ‘light’ protection afforded to most MPAs is not enough to deliver such recoveries. If we match efforts to expand protected areas with increases in protection level, we could make a huge difference to the health of the ocean.

Momentum has really picked up in the creation of marine protected areas and the coverage curve is bending upwards as efforts accelerate. If we keep up these efforts, there is every reason to think that 30% MPA coverage is achievable by 2030. Some countries are there already, like the Seychelles, Palau, Chile and the UK, with many more having committed to reach the target.

What are the main barriers to overcome to reach this target?

It would make a huge difference if 30by30 were to become the official policy of the Convention on Biological Diversity at its Conference of Parties next year. There are political differences to overcome first, and lower income countries, where much of the richest biodiversity is located, will need cast iron commitments of financial help from richer nations to convince them to back the target.

What gives you cause to be an ‘ocean optimist’?

Most of the great whales are making huge strides towards recovery since the global whaling moratorium in 1984. Losses of mangrove forests have slowed to a trickle in many countries as their natural values – coastal protection, support for fisheries and carbon capture and storage – are better appreciated.  Creating national networks of MPAs has been standard government policy almost everywhere since the 2002 World Summit on Sustainable Development.

I think that pessimism is a significant obstacle to progress because the hopelessness it engenders can become self-fulfilling. Action is the antidote to despair!