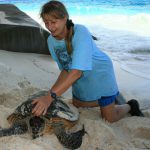 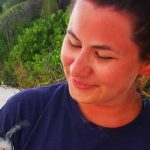 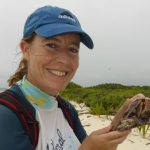 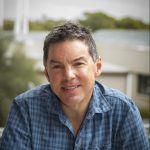 Sea turtles are flagship species for the Chagos Archipelago in the Indian Ocean Region. Two species, hawksbill and green turtles, spend part or all of their immature and adult life stages in the Archipelago, using seagrass and coral reef habitats as foraging grounds. Nesting has been recorded across all islands on the five islanded atolls.

Our sea turtle research programme is investigating three aspects of sea turtles: their biology; behavior; and their role as habitat indicators.

We use high-resolution satellite tracking of adult nesting female sea turtles to investigate their use of inter-nesting and foraging habitats within and beyond the MPA.  These data are helping us to understand the turtles’ long-distance movements and identify any threats to their survival from outside the boundary of the reserve.

For juvenile foraging turtles, which tend not to travel such long distances, we are able to use these tracking data to assess their habitat use around Diego Garcia.

We track juvenile turtles by capturing animals in Diego Garcia’s lagoon and attaching tags to the carapace with quick setting epoxy. For breeding adults, we work on the nesting beaches on the ocean side of Diego Garcia using the same tagging technique. The resulting tag attachment is very low profile and streamlined so it has minimal impact on the turtle.

While all sea turtles nest on sandy beaches, at the end of the breeding season each species then travels to its preferred habitat – seagrass beds in the case of green turtles, and reef habitat for hawksbill turtles. Therefore, as well as identifying key zones for conservation, our high-resolution tracking work has the added value of also helping to identify the location of these important habitats. Throughout the project, we will use our network of collaborators to validate the use of sea turtles as habitat indicators across the Western Indian Ocean.

Estimating the absolute number of individuals in populations and their fecundity is central to understanding the ecosystem role of species and their population dynamics. Having an accurate population estimate allows conservation managers to make informed management decisions for endangered species such as sea turtles. The size of sea turtle populations is typically cited as the number of breeding females in a given year, estimates of which are made by counting tracks on nesting beaches which, when collected over many years, reveal trends in abundance and can be used to underpin species conservation decisions.

The  population status of hawksbill and green turtles in the region surrounding the Chagos Archipelago is based on single visits and is calculated using many assumptions. Improved population estimates will be made through the use of historic and ongoing capture-mark-recapture studies of immature foraging turtles initiated in 1996 on Diego Garcia and combined with observational and turtle tracking data.

Green turtles (Chelonia mydas) have been observed making huge migrations across the Indian Ocean from the Chagos Archipelago.

Turtles nesting in the Chagos Archipelago may conduct migrations of many thousands of kilometers; the MPA is therefore providing an important nesting sanctuary for turtles from across the entire Western Indian Ocean. 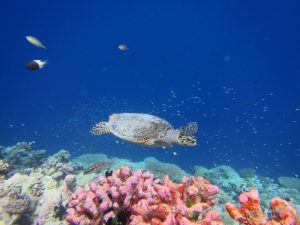 2
species of turtles found in the Chagos Archipelago 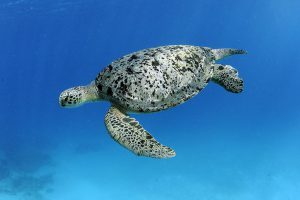 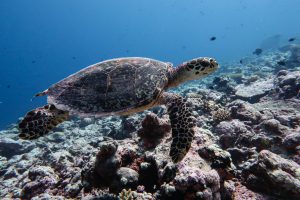 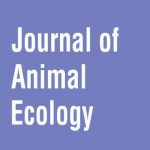 Fastloc-GPS reveals daytime departure and arrival during long-distance migration and the use of different resting strategies in sea turtles.

Male Hatchling Production in Sea Turtles from One of the World’s Largest Marine Protected Areas, the Chagos Archipelago